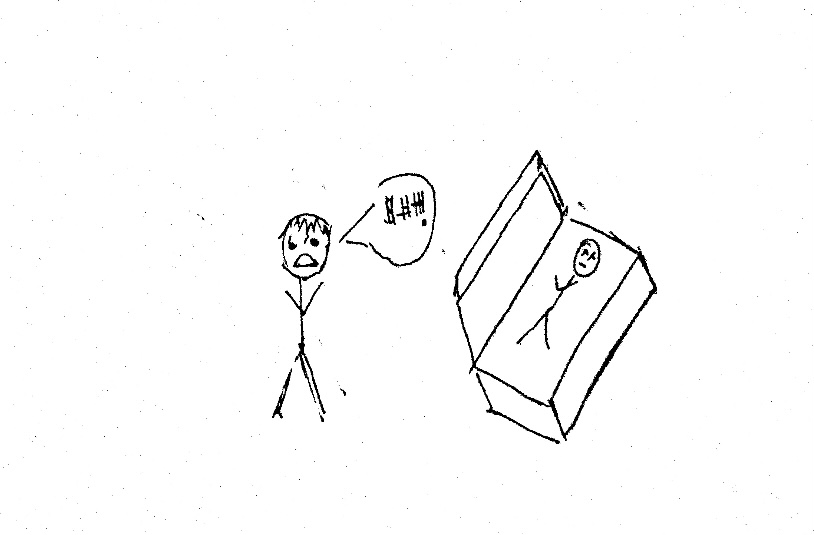 When I was younger, I was told that if I was to ever swear or lie than someone would die. Because of this belief of mine, I refrained from using bad words or being dishonest because I did not want to be the result of someones death. Although untrue, this thought I had stopped be from being disrespectful as a child.

Who is sharing this comic? Author?: CAP.ANTOJ
Image Alt Text - Say what can be seen: stick figure cussing resulting in dead body