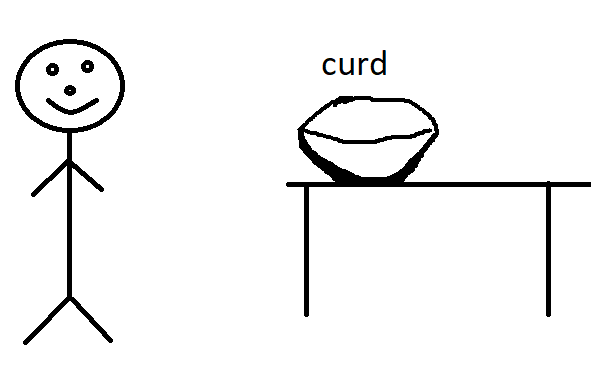 Last year I was trying to make an Indian dish called Shahi paneer in which cream is used. since I ran out of cream I search on the internet about its alternative and there I saw a video in which curd was used instead of cream. But the curd was too sour due to which I spoiled the whole dish.

Who is sharing this comic? Author?: KPU13.SANIJ
Image Alt Text - Say what can be seen: A STICK FIGURE MAKING AN INDIAN DISH